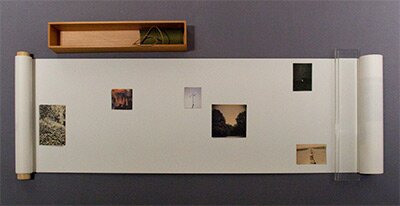 Based in Portland, Oregon, Nazraeli Press publishes books specializing in contemporary photography.  Nazraeli is highly regarded as one of the premier photo book publishers, offering a variety of specialized formats, as well as offering original artworks in their “One Picture Book”, and special editions, that are often signed by the artist and/or include original artwork, in a clamshell box.  Showcasing artists from around the world, they are a beloved destination for many wanting to know what is happening in the photographic world.  Chris Pichler, founder and publisher of Nazraeli Press, kindly granted us an e-interview recently.

You have published photographic artists from all over the world, which strikes us as taking a bit of ambition and gumption.  How did you become involved in everything instead of specializing in a specific country or type of photographic work?

For the first 8 years of its existence, Nazraeli was a European company. As I grew up in the United States, however, and knew a lot of artists here, it was natural to work with artists from several different countries from the very beginning. Over the years, Asia – particularly Japan, as my wife is Japanese – has become a place I love to visit, and of course is home to many wonderful and prolific artists. That is reflected in the great number of books we have published with Asian artists.

I’ve never been good at specializing in things. As with most people, my interests change and sometimes grow as I live my life, and that is reflected in the kinds of books I’m interested in publishing. It’s normal to want to share with others, things that you find fascinating. When I became interested in gardening, for example – and that’s an interest that has grown stronger with each year – we started publishing more books about trees and flowers and landscapes. It’s fun to be able to draw on one passion to feed another.

How would you characterize or describe aesthetic criteria you use in selecting artists for publication?

As with subject matter or nationalities, I prefer to rely on chance in terms of what I find, and a hopefully open mind, when it comes to aesthetics, rather than a pre-conceived idea of what is right. Two artists we regularly publish, Michael Kenna and Joseph Mills, have a sense of aesthetics that couldn’t be further apart. But the way each one photographs is so perfect for the things they are drawn to, that both feel exactly right for their respective subjects, even though the two are very different from one another. And they are both ways that resonate strongly with me, and that I feel a powerful desire to publish and therefore share.

We have seen and read elsewhere that you often follow artists through their career, publishing several books of their work.  In the case of Yamamoto Masao you have published specialized books, such as the Omizuao pillow book and the Nakazora scroll.  How did these projects come about?  And are their other artists you are currently working with on specially realized projects?

Sometimes I come across work that I know I want to publish, but that doesn’t seem to fit into a traditional book format. Whether the answer lies in presenting the work as a scroll – which made sense with the Japanese artist Yamamoto – or as a set of loose cards in a box, which beg to be shuffled into random sequences – as was the case with the two publications we made with the late surrealist Frederick Sommer – is really up to the work itself. It’s not that I think of an unusual format and then look for the work to put into it, but rather that the work itself dictates how it is best presented. And more often than not, photographs seem happiest in a very traditional book format. It’s the  exceptions that people seem to notice, but the vast majority of Nazraeli books are straightforward, hardcover books using fairly utilitarian materials. If the book format or materials overshadow the work itself, it is an unsuccessful design. The purpose of a book, after all, is to show the work. 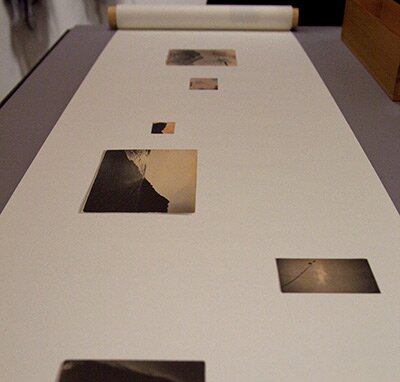 The One Picture Books published by Nazraeli strike us as unique, as we have not seen other publishers using a similar format.  How did you arrive at this project?

We were, of course, not the first to publish small, inexpensive books, nor was it a new idea to include original prints inside of a printed book. The idea of the One Picture Books was to combine these two seemingly mutually-exclusive ideas into one: to produce a series of highly collectible books that practically anyone could afford. It turns out people liked that idea!

Nazraeli Press is highly regarded for its books specializing in contemporary photography.  Could you talk about any trends you see developing in photo books and photography and how they interrelate?

This is a great time for independent publishing. I’m especially happy to see the enthusiasm surrounding “zines”, because they represent the kind of underground, low-budget publishing that got me interested in this field in the first place, twenty years ago. I love the fact that, at the same time so many “artist’s books” are being made digitally, and so many big publishers are trying to survive by playing to the mainstream, there is this resurgence of interest in making books or brochures by hand, using very cheap materials, for a relatively small but very enthusiastic audience. I don’t know if this represents a backlash against electronic books – which I think also have their place – or simply joy in getting back to the basics, but the playfulness and creativity are really exciting to watch.

What upcoming projects do you have that you are especially excited about?

We’ve just published “Greater Atlanta”, the third part of Mark Steinmetz’s powerful trilogy, which has been one of my favorite long-term projects. We’re also working on Todd Hido’s new book of landscape photographs, “A Road Divided”, and Alessandra Sanguinetti’s “The Adventures of Guille and Belinda and the Enigmatic Meaning of their Dreams” which not only wins the best title award, but is a truly epic body of work. Michael Kenna and Dick Arentz both have books on Italy coming out in the next few months, which must have some kind of enigmatic meaning as well!

Many thanks to Chris for taking the time to answer our questions.  Go to Nazraeli Press’s website and be sure to look through their amazing list of artists and books.  Also, as a side note, this Raymond Meeks One Picture Book looks like it would be worth every penny.

4 thoughts on “An Interview with Chris Pichler, Nazraeli Press”